Slovenia offers many advantages to savvy investors: strategic position, highly skilled workforce at a relatively low cost, R&D capabilities and high a level of stability. What often gets overlooked – yet is of no less importance – is the high quality of life in Slovenia. It is reflected by low crime and high level of safety statistics, preserved natural environment and good infrastructure. This high level of life quality is also demonstrated by the high values of various health and education parameters. 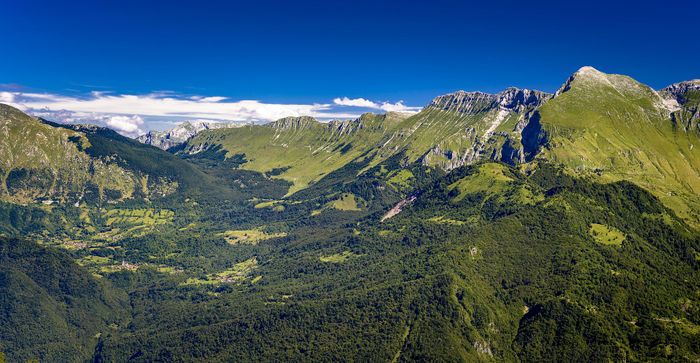 A pristine environment is becoming an ever more important element of good life. Photo: SBR

There are many studies which compare quality of life in various countries and parts of the world. While their basic concepts on what consists a good life differ, they rank Slovenia very similarly. In general, they put Slovenia close to the top of the list, somewhere between 15th and 25th position. This is an excellent result for a young nation which became independent less than three decades ago.

UN's Human Development Index combines life expectancy, education, and per capita income indicators and is probably one of the most established comparisons of countries that doesn't rely solely on economic indicators. In its latest editions Slovenia took 25th place among 189 nations.   However, in its inequality adjusted version Slovenia shoots up to 14th place.

Numbeo and CEO World Magazine's Quality of Life index combines measures of living standards, safety, health care, housing, commute times, pollution and climate. In this comparison Slovenia takes 15th place, just behind Sweden and USA and ahead of countries like France, the UK or Canada. Another interesting complex measurement tool is Social Progress Index. It is created by a Social Progress Initiative, an independent global nonprofit organization based in Washington DC. It puts Slovenia in 22nd place.

Interestingly enough, the performance of Slovenia in these multidimensional measurements is fairly well balanced with no disadvantages to speak of. Still, in some areas Slovenia excels. For example, it is a global leader in access to basic knowledge with the highest share of secondary school enrollment. Slovenia is also the nation with the lowest level of undernourishment and the second lowest child mortality rate on planet.  And it is among the global leaders in biodiversity protection.

One of Slovenia's key advantages is for sure a high level of personal safety. It is among the five most safe OECD members – other four leading countries are Switzerland, Iceland, Norway and Finland. The murder rate (number of homicides per 100.000 population) is 0.6 – the OECD average is 3.7. Global Finance Safety Index puts Slovenia on 12th place. Global Institute of Peace ranks Slovenia on 11th place among the world's most peaceful countries.

A pristine environment is becoming an ever more important element of good life. According to Numbeo's Quality of Life Index Slovenia ranks 11th among the least polluted countries. It is among ten global leaders in biodiversity and habitat protection. EU's initiated Natura 2000 is the world's largest coordinated network of protected areas. It covers 18 percent of Europe's land area. Close to 39 percent of Slovenian territory is included in the Natura 2000 network – it is the highest percentage among the 28 EU members. Two thirds of Slovenia's land are covered by woods – only two EU member states have a higher percentage (Finland and Sweden). Another advantage may seem trivial in comparison yet could be of high importance for everyday life: average commuter times. Only the inhabitants of Iceland and Cyprus spend less time commuting than Slovenians.

With their country ranking high in education, health, environment and safety, Slovenians should be among the happiest people on planet. Well, not really. Objective and measurable indicators are not necessarily related to the subjective feelings of life satisfaction. According to Eurostat, overall life satisfaction in Slovenia is slightly below the EU average – only one fifth of Slovenians are truly satisfied with their life. Many visitors to Slovenia (even diplomats) observe that Slovenians are truly nice, kind and warm people – if only they would nag a bit less.