The Jožef Štefan Institute collaborates with US Princeton and Canadian Sherbook Universities in a breakthrough experiment in superconductivity – the results may pave the way toward a more efficient transfer of electricity. 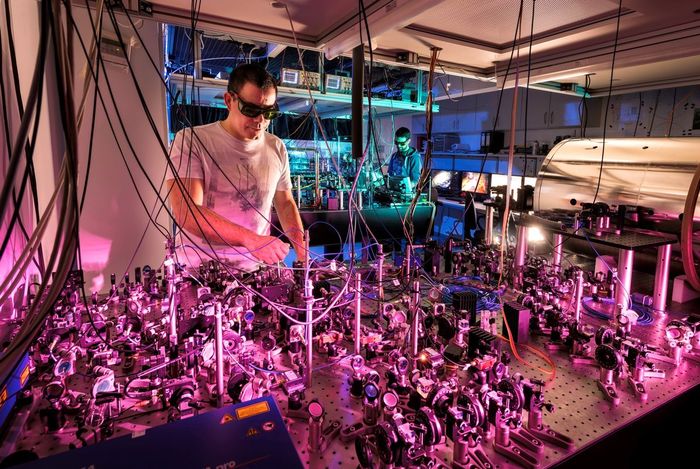 In December Science magazine published an article on how unconventional metals conduct electricity. The experiment was made by a team lead by Princeton scientists and opened new perspectives in understanding superconductivity – the ability to transmit electricity without losing any energy as heat. The development focused on so called »bad metals«, unusual materials with properties that could lead to high-temperature superconductors. Superconductivity is normally observed at temperatures close to absolute zero.

Understanding superconductivity has important implications in theoretical physics, but could also bring about revolutionary new technologies for making transfer of electricity more efficient. At the present around 2 percent of electricity is lost in the form of heat. Another area of potential application lies in transportation: magnetic levitation would reduce the ammount of energy lost to friction and thus allow higher speeds.

Princeton researchers invited the Jožef Štefan institute to cooperate in the experiment with good reason. In 2017 Jure Kokalj published the results of computer simulations which predicted similar behavior for the same type of material. Jure Kokalj is a member of the Department of Theoretical Physics at the Josef Stefan Institute. His calculations were made using the method developed by two other IJS researchers Peter Prelovšek and Janez Jaklič, back in 1994. The measurements made in the experiment matched to a large degree the values of Kokalj's calculations.