Slovenia’s banking system used to be populated by numerous small banks and dominated by the three state owned institutions. After a restructuring it is already reduced to a smaller number of stronger and private owned players. NLB remains Slovenia's largest bank with a market share of 22.7 percent. Yet the market may look different by the end of the year after the sale of the single remaining state-owned bank, A Banka. 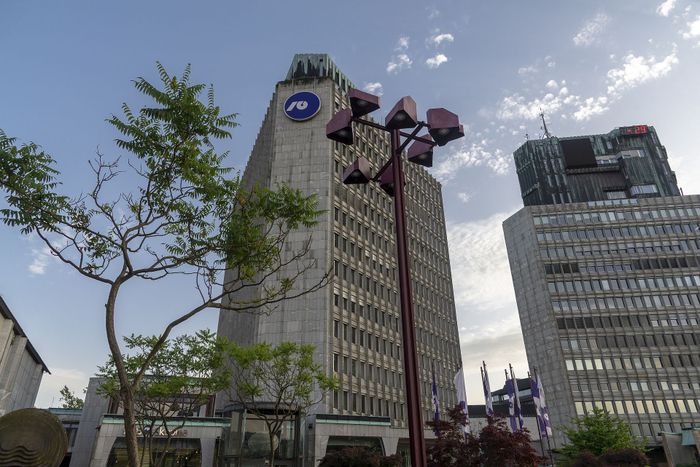 The headquarters of NLB, the largest bank in Slovenia. Photo: SBR

In the beginning of the decade the three largest banks in Slovenia were state owned: NLB Group, the largest bank in the Adriatic region, NKBM and A Banka. In 2013 the financial system in Slovenia found itself in deep trouble, caused to a large degree by bad loans. The system was overhauled with the help of massive state aid. A crucial part of the restructuring plan approved by the European Commission was the commitment of Slovenia to sell its state-owned banks. As the EU Commissioner for competition Margaret Vestager commented earlier this year: Slovenia had to sell the banks “because they were led into trouble by external influences”.

The process started in 2015 by the sale of 100 percent of the second largest bank, NKBM. 80 percent of the shares were bought by Apollo Global Management, a European branch of the US-owned investment fund. The European Bank for the Restructuring and Development (EBRD) bought the remaining 20 percent. After the sale NKBM took over two smaller banks, Poštna banka and the Slovenian branch of the Austrian Raiffeisen Bank. The strategic goal of NKBM is to become “the best bank in Slovenia by 2020”. The bank operates the largest network with over 800 outlets.

In November 2018 the state sold 59 percent of its shares in NLB bank. The state, however, remains the bank’s largest shareholder with a 35 percent stake, as ownership is now dispersed. The second and the third largest owners are US fund Brandes Investment Partners with a 6.7 percent share, and EBRD with 6.25 percent. Slovenia is obliged to sell another 10 percent of the bank by the end of the year. NLB has substantial market shares not only in Slovenia, but also in some smaller Southeastern European markets such as Bosnia and Herzegovina, Kosovo, Montenegro and Macedonia – enough to make the NLB group the largest in the region and, according to the Bankers magazine, the 13th largest in the region of Central and European Europe. It operates 327 branches, employs 5,887 people and has over 1.8 million clients. The total assets of the group exceed 12.7 billion euros. Its profits reached 203 million euros.

Most of the bidders are already active on the Slovenian market. Serbian AIK banka took over one of the smaller Slovenian banks Gorenjska banka earlier this year. In early May the French banking group Société Générale announced the signing of an agreement for the sale of its Slovenian operation, SKB banka to Hungarian OTP Group. According to Global Finance Magazine, SKB is the best bank in Slovenia in 2019. Last year the bank posted 57 million euros of profits – “the second highest result ever”. The bank has a firm position on the Slovenian market with 3.3 billion euros of assets. Still, Société Générale is retreating from Central Europe and the sale of SKB will take place after the authorization of central banking and antitrust authorities.

The takeover of A Banka by some of the bidders already active on the Slovenian market could reshuffle positions among the largest Slovenian banks. The total assets of potentially the merged NKBM and A Banka – should the Apollo fund win the bid – would reach 8.7 billion euros. That’s close to NLB’s 8.8 billion. And the joined assets of A Banka and SKB – should the bank be sold to OTP – would reach 7 billion euros. The merged bank would surpass NKBM and become a strong competitor to the market leader.

Meanwhile, 2019 seems to be another good year for Slovenian banks after 2017 and 2018 were already very favorable. In March the banking system’s balance sheet total stood at 39.5 billion euros. It has increased by 706 million euros, or 3.7 percent, in the first quarter. The main increase comes from household deposits, which represent one half of banks’ funding. The quality of the credit portfolio is continuing to improve. The total pre-tax profit of Slovenian banks amounted to 149.5 million euros over the first quarter. The return on equity of the banks reached 13.3 percent.