The top Slovenian companies in 2018 in a nutshell: favorable economic conditions, continuing growth of exports and overall favorable results. 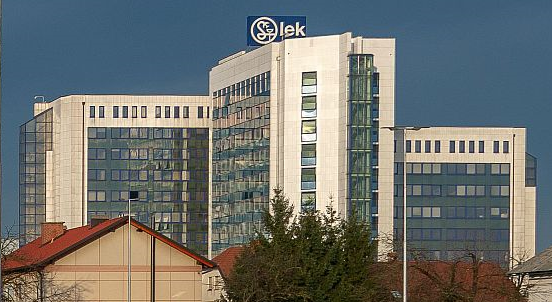 The headquarters of Lek (Rank 7) in Ljubljana. Lek is a part of Sandoz generic drug maker within the Novartis group.
Photo: SBR

The largest individual company remains the national fuel trader and energy company Petrol with 4.3 billion euros in sales: 15 percent up from 2017. Krka (rank 5) is again Slovenia’s most profitable company with 163 million euros of net profits. The largest national exporter is Revoz (rank 3), the Slovenian factory of the French car maker Renault. The company’s revenues were nearing 1.8 billion euros last year – the highest in the history of Revoz.

Other companies from the top of the list include energy trader Gen I, electricity provider and trader HSE, pharmaceutical company Lek, retailer Mercator, home appliances manufacturer Gorenje and aluminium alloy producer Impol. Most of the companies on the list posted very good, if not record results in 2018: growth has been strong and so were the profits. An overall stability is also reflected in the fact that there were relatively few changes in the rankings and that the number of newcomers to the list is relatively small. Only 29 new names appear on the 2019 edition of the TOP 300 list. One of the most interesting fast-growing companies making it into the selection is mobility and travel provider Nomago (rank 171), running a fleet of over 500 buses. Nomago was formed last May as a merger between several smaller companies. The entrepenurially run new firm grew rapidly in a short ammount of time and is becoming the leading bus carrier in the area between Venice and Dubrovnik. Another new name is Dani AFC (rank 197) - a Slovenian member of Italian Dani group which specializes in leather applications for the automotive industry. IsoKon is a part of Austrian Constantia Industries and produces specialized technical plastic materials for various industries. The newcomers also include a few smaller energy and fuel trading companies, construction companies, a real estate company, operating in wider area of Southeastern Europe (Invest4See Re Alfa, Rank 180), an electronics wholesaler, meat and timber traders etc.

The TOP300 list consists of individual companies. The list of the largest groups with consolidated results consist of more or less the same names ranked in a similar fashion – at least close to the top. The largest Slovenian group is Petrol with 5.4 billion euros of revenues. The group’s sales grew by 20 percent last year. It seems that group is continuing to get favorable results at least in the first half of 2019. Petrol managed to increase its revenues in the first three months by 19 percent.

The second largest group is Gen, electricity trader and producer with 2.37 billion revenues in 2018. Mercator’s group revenues reached 2.18 billion euros. The 70 year old company went through major restructuring and is again operating with profits. Home appliances maker Gorenje was taken over by Chinese electronic company Hisense last summer. In 2018 the group made 1.18 billion euros of revenues. “Expansive integration activities are under way” this year as Gorenje is trying to profit from synergies with its new large owner. In the first half of 2019 the group’s sales reached 567 million euros – 1.6 percent up from last year. Pharmaceutical group Krka’s revenues reached 1.33 billion euros and 170 million euros of net profits last year. The growth continues this year: sales in the first half of the year are up 12 percent from the same period in 2018 and have reached 760 million euros. Profitability is also improved, Krka posted 140 million euros of profits in the first six months already.

In 2019 the largest Slovenian companies thus continue to grow and operate with very favorable results: some have reached new all-time best results while other companies, troubled in the recent past, seem to have been successfully restructured. The overall results for 2019 will most likely remain to be at least good, if not excellent. Yet during the hot summer the first signs of cooling of the economy seem to appear.