At 1.8 billion euros the US is the second largest investor in Slovenia, closely behind Germany with its 1.85 billion. American investors are present in the tire industry, in media and communications, banking and a variety of other areas ranging from sports equipment to IT.

It is often the case that official statistics hide more than they show. Take the presence of US investors in Slovenia. According to the official figures the total value of their investments reached a meager 53.6 million euros in 2016. This fact would confirm the stereotype that Slovenia is a tiny market unattractive to global investors, if only it were true. The most recent report on direct investments, published by the Bank of Slovenia last November, also shows the figures based on the ultimate investment countries. US-owned multinationals usually invest in Slovenia indirectly, through their European centers. Knowing this completely changes the picture, as now it can be seen that the US, with 1.8 billion euros, is in fact the second largest investor in Slovenia, closely behind Germany with its 1.85 billion of investments.

US investors are present in the tire industry, in media and communications, banking and a variety of other sectors ranging from sports equipment to IT. The most established US investment in Slovenia is certainly that of Goodyear Dunlop Sava. The Kranj-based company has manufactured tires and rubber products since 1920. Goodyear started to invest in Sava back in 1997, and in 2004 the US tire giant became the 100-percent owner of Sava Tires. In a short period Goodyear Dunlop Sava Tires – as the company is called now – developed into one of the leading tire manufacturers in the region of Central and Southeastern Europe, with 1.400 employees and 200 million euros in revenues. The recently formed Goodyear Dunlop Central & South East Europe group is headquartered in Kranj, where the US company has also built a distribution center for the whole region.

Another investment dating back to the last century is ITW Metalflex. This Tolmin-based manufacturer was acquired by the Illinois-based diversified group ITW back in 1999. ITW Metalflex produces components for household appliances, and in in 2016 is had sales of 62 million euros.  One of the most respected Slovenian brands, Elan, was bought by the US VR Capital investment fund in 2015. The innovative and highly respected, yet once financially troubled, ski-maker, is now growing again. The phytopharmaceutical company Pinus from Rače was bought in 2015 by the leading global maker of crop protection products, Albaugh. The Slovenian electronic banking solutions developer Halcom was acquired by the Florida-based software company Emphasys in late 2016. In the same year, the US investment fund Apollo acquired 80 percent of the second largest Slovenian bank, NKBM from Maribor – the remaining 20 percent was bought by European Bank for Reconstruction and Development. In 2017 the bank posted profits of 48.3 million euros, giving a return on investment of 7 percent. NKBM’s vision is to quickly become the leading Slovenian bank, before the year 2020.

American investors have often acquired established Slovenian companies, or invested in start-ups, rather than go into “proper” greenfield investments. One of the rare exceptions is in the media industry. Back in 1995 the US-owned Central European Media group (CME) formed POP TV, one of the first commercial TV channels in Slovenia. Pro Plus, the company managing POP TV, now operates several highly successful TV channels. Pro Plus controls 76 percent of the television ad market share and commands a 50 percent share of the prime-time audience in Slovenia. It also operates country’s most-visited website and leading video-on-demand service. In 2014 the American investment firm KKR took over the United Group, a company which started from a merger between Telemach, the leading Slovenian cable network operator, and SBB, Telemach’s Serbian peer. United Group built a strong presence in the region and acquired a number of other communication companies, including the Slovenian mobile phone operator Tuš Mobil. The group is also attempting to buy Pro Plus, although the deal has not been approved yet by the Slovenian Competition Protection Agency, as it would create a very strong concentration of network operators and content makers.

One thing is for sure. Slovenia is no more completely unknown in the American public. True, most people still know it only as the home country of the American First Lady and of sports superstars like the basketball player Goran Dragić and Luka Dončić, or the hockey player Anže Kopitar. But the growing number of visitors confirm that Slovenia is becoming more attractive for US tourists looking for European charm without the hassle of more frequented places, like Venice or Prague. And the success stories presented here clearly show that US investors are also coming to this young country. When it comes to success, as the Slovenian phrase says: slowly, but surely. 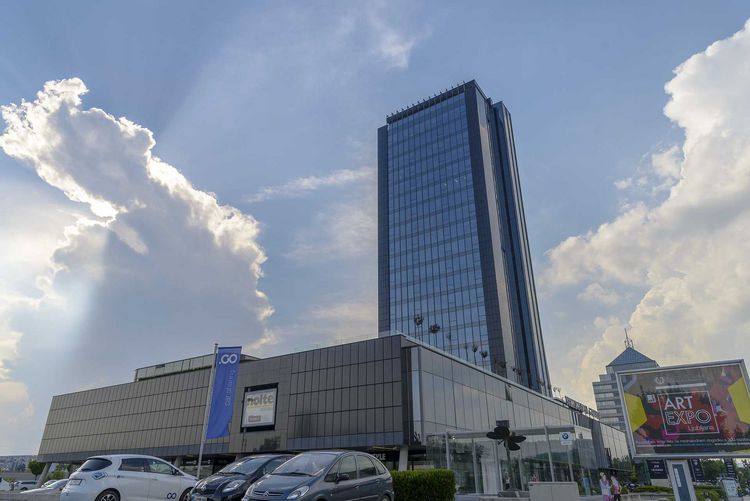 American street in Ljubljana’s BTC commercial and business center – the address of many subsidiaries of US companies in Slovenia.