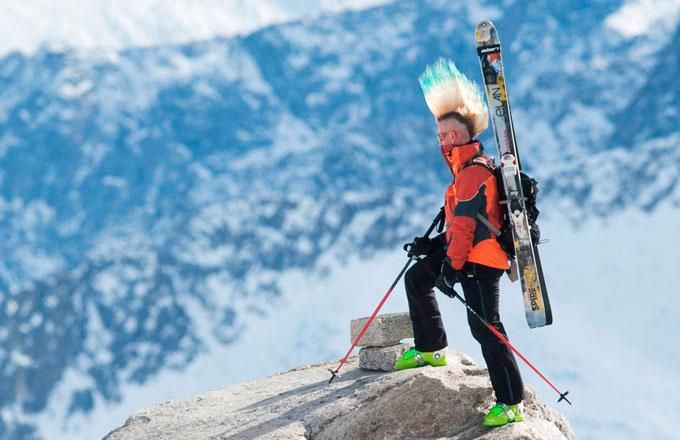 The newest development at Elan will be warmly welcomed by touring skiers fed up with carrying heavy skis up the snowy slopes. Elan’s Triglav boasts an entirely new ski concept, the result of intense development over the past two winters by a dedicated team of touring skiing enthusiasts in close collaboartion with Elan’s in-house R&D team of highly experienced engineers.

The entire project was inspired, overseen and finally tested and approved by two legends  who have been shaping extreme and touring skiing over the past decades: the legendary “Mr. Ski” himself, Glen Plake, accompanied by the famous 7 Summits conqueror and first “Everest skier” Davo Karnicar.

The product of this passionate collaboration is a unique lightweight ski that offers several exciting benefits, resulting in less energy consumption for the touring skier, together with increased safety, greater mobility and enhanced endurance. The ski also offers strong competition advantages for the most demanding of touring ski competitors.<o:p></o:p>

Elan enjoys a long history of (sk)innovation, including Carving technology which revolutionised skiing in the late 90s, as well as their visionary Fusion system. One of their latest innovations lies in Wave-Flex technology, which vastly improves the overall stability of skis. It’s no surprise then that Elan has won several international awards in recent decades for its innvative and infuential products. In fact the Elan ski team has enjoyed big success since the times of the legendary Ingemar Stenmark and Bojan Križaj.