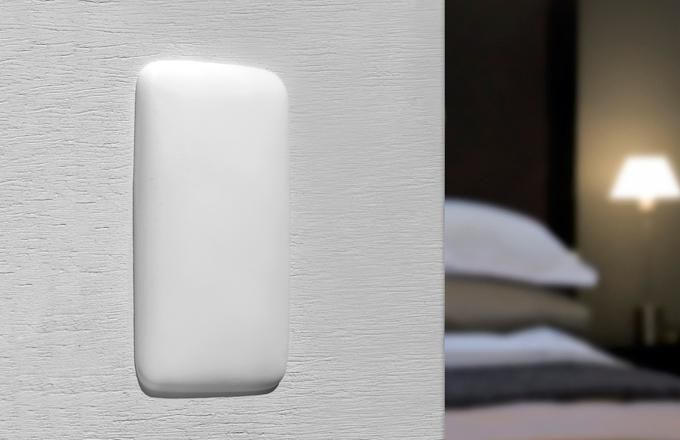 The Anigmo switch is a unique sensor dimmer switch which requires no physical force to control switching or dimming. The sensor inside the switch unit succeeds in delivering touchless control, even when installed under layers of various solid materials, and the switch is designed as a direct replacement for conventional switches used every day to control lighting and other applications.

The fact that there’s no need for physical contact with controls represents a major technological improvement in the fight against the spread of germs, chemicals and other unwanted substances. This is especially important for hospitals, laboratories, public spaces and other high traffic facilities.

And the fact that the sensor penetrates and can be operated through most any material (with the exception of metals), means no openings are needed to function properly. The result, unlike other competitive products, is a cover plate of any material in any desired shape and form, which has significant implications for architecture and design, since it opens up new and creative ways of  accessorising apartments, hotels, commercial facilities and more. 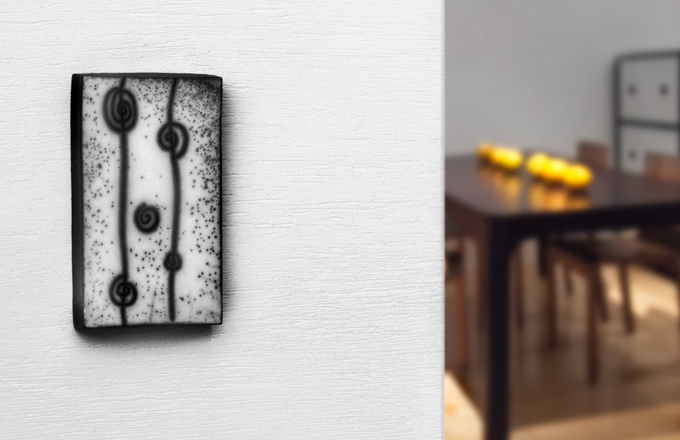 Anigmo’s capacitive proximity sensors are designed to cover a variety of applications such as input devices for lighting, door activation, locks, latches, door bells, motorised window blinds, sunroofs, projection screens, security systems and similar – and can be completely hidden inside walls. Detection range increases with the size of the sensor and can reach as far as 25 cm, able to detect the wave of a hand through solid walls and replacing mechanical switches and other simple input devices.

Anigmo low voltage LED dimmers offer a smart solution for low voltage LED products, including  new products such as LED tapes, bars and panels. And the Anigmo universal LED dimmer is currently the only low voltage dimmer capable of dimming some popular new bulbs and other LED products. Similarly, Anigmo’s patented universal dimmer is able to analyse loads and adjust dimming to achieve optimal dimming on loads including halogen and incandescent lamps.

Anigmo is an international company with head offices in New York and manufacturing facilities in Europe, with the company’s development of touchless dimmers initially funded in part by the Slovenian Ministry of Higher Education, Science and Technology. With these and similar revolutionary technologies Anigmo represents a new breed of high-tech lifestyle engineering, as well as exciting advances in human interaction with technology. According to the people at Anigmo it's not magic  – just sound engineering.