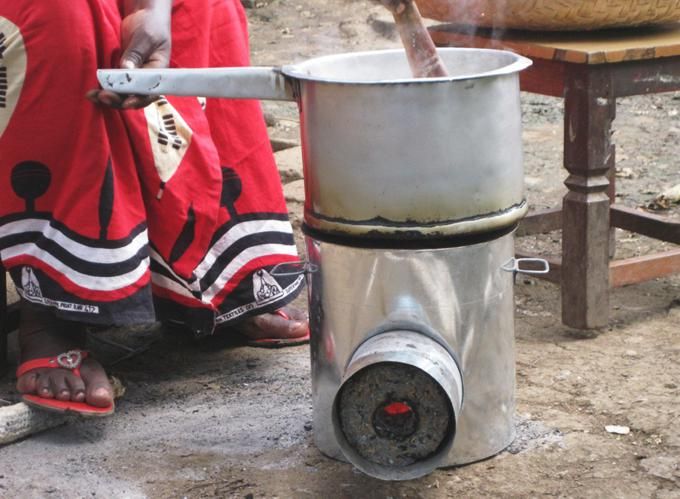 Imagine a stove that burns biomass briquettes cleanly and efficiently and can be made using the simplest of materials like pure organic waste, by almost anyone, for next to nothing. Imagine too the design is “open-source”, which means anyone can take the design and improve on it, adapt it to local circumstances, materials and requirements.

While imagining is a good thing, its hands-on projects like Stove Love and designers like Rok Oblak that put fuel in the stove and ignite their ideas – that get things burning. Oblak’s Holey Rocket cooking stove addresses the problem of inefficient cooking systems, and is specifically designed to use biomass briquettes already widely used in rural households around the world. 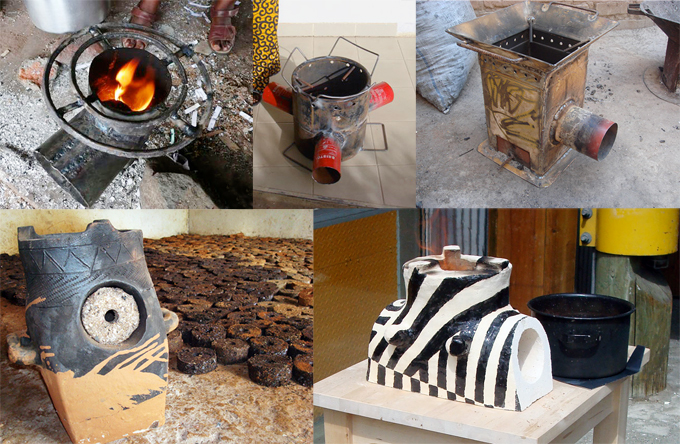 The system is based on the Rocket combustion technology developed by Dr. Larry Winiarski and the Aprovecho Research Center in Eugene, Oregon, to reduce fuel usage and harmful emissions, primarily from wood and charcoal. Holey Rocket borrowed the basic principles from the Rocket technology and the system evolved as briquettes themselves were redesigned for a better, cleaner burn. The briquette chamber is an insulated combustion chamber that works together with the stove form to create an optimal cooking system. Here the flames in the combustion chamber are condensed within a small space providing higher heat output together with better combustion of toxic gasses like Carbon Monoxide (CO).

The alternative design process is based on the eco-centric concept of Ecosophy, which recognizes design as a field of many intrinsic relations, wherein processes unfold according to traditional, but custom-built, site-specific designs where the user defines the final function independently from the designer.

The stove itself is commonly made of a mixture of clay, sawdust and water, formed around a pipe (often plastic or metal) used as a kind of mould, and which is also commonly used to form biomass briquettes. The sawdust burns when the form is fired in the kiln, leaving small pockets of air which greatly increases the insulation value of the stove, with far less outgoing heat loss and faster heat-up time. And handles on the stove’s sides can be used to store and dry fresh biomass briquettes. 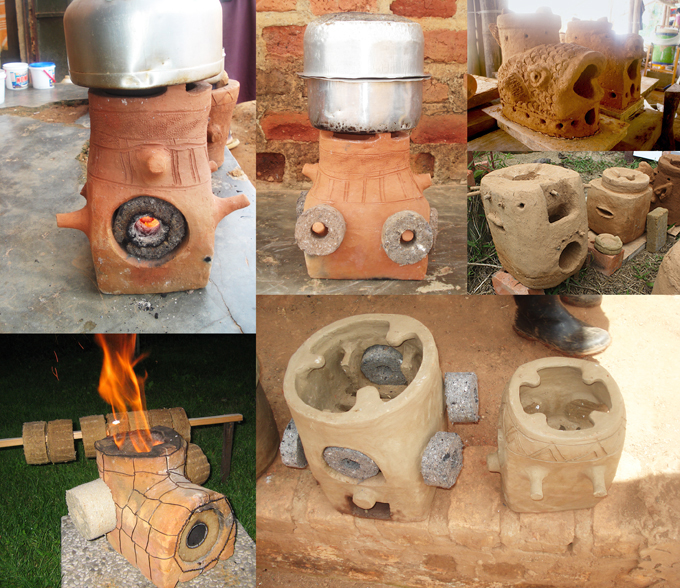 The Holey Rocket design is currently being implemented in a number of local environments, including DR Congo, Chad, Tanzania and Cambodia and elsewhere. The project was conceived as part of the Masters of Applied Arts degree in Design at Emily Carr University in Vancouver, Canada, in collaboration with Legacy Foundation (biomass briquettes technology) and Aprovecho research center (cooking-stoves technology), and won Canada’s Governor General Gold Medal Award for academic achievement.