The new Pipistrel HY4 transforms a vision into reality, taking the dream of sustainable air travel one step closer to realisation. 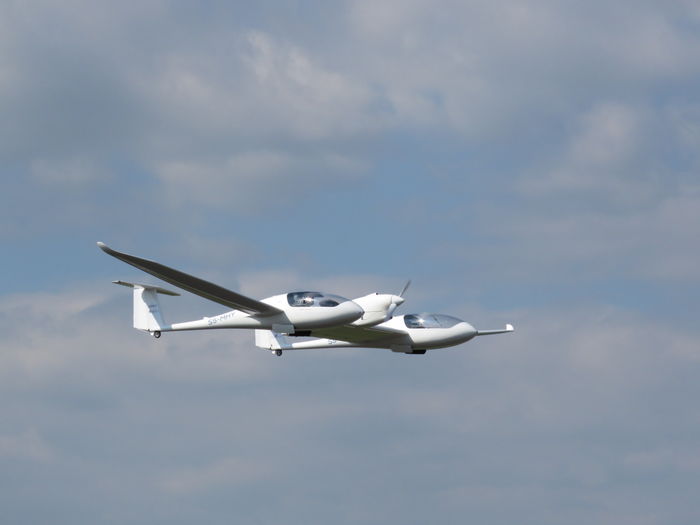 On 29 September 2016, the Pipistrel HY4 aircraft took off on its first official flight from Stuttgart Airport. The HY4 is the world’s first four-seat passenger aircraft powered solely by a hydrogen fuel cell system. The aircraft was developed by the DLR Institute of Engineering Thermodynamics together with the partners Hydrogenics, Pipistrel, H2FLY, the University of Ulm, and Stuttgart Airport.

The striking feature of the HY4 is its twin fuselages, each with space for two passengers. Its power train consists of a hydrogen storage system, a low-temperature hydrogen fuel cell, and a battery. The fuel cell converts hydrogen directly into electrical energy. The only waste product from this process is water.

An electric motor uses the power thus generated to propel the aircraft. A highperformance lithium battery is utilised to cover peak power loads during take-off and when climbing. If the hydrogen required for the fuel cell is generated via electrolysis using power from renewable energy sources, the HY4 can fly without generating any emissions at all.

Violeta Bulc, EU Transport Commissioner, shared the enthusiasm of the HY4 development team: “I am proud that European researchers and manufacturers are launching this hydrogen fuel cell- powered aircraft. Such forward-looking activities embody the future of zero-emissions flying.”