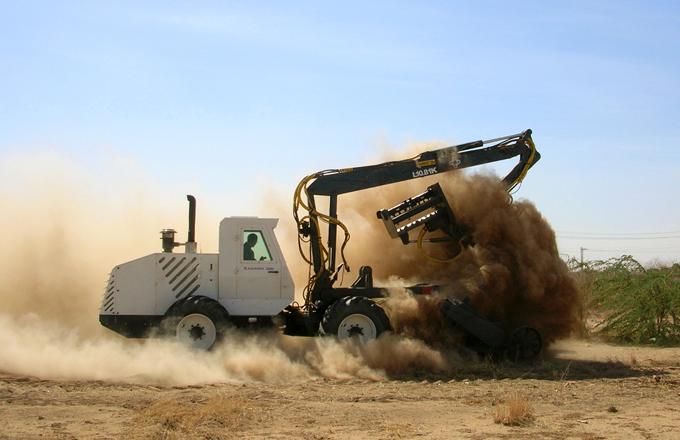 Large areas of various regions throughout the world continue to be non-accessible for traffic or any productive use whatsoever due to the vast number of land mines still littering and threatening the landscape. Clearing these acutely dangerous hazards is similarly dangerous, as well as slow and inefficient.

The Samson 300 offers an answer to the problem of clearing potentially explosive land mines by doing just that – exploding them, safely. It’s an innovative vehicle that systematically flails the ground ahead and detonates devices without threat to the operator.

Here an international problem gets the best of international technologies and applications: a German Deutz engine, steering hydraulics by the Danish Danfoss, and both armoured seat and armoured steel from Sweden and more. A two-frame chassis allows for flexible mobility and manoeuvrability, and an elastic blast compensation system allows minimal weight yet assures full driver safety – even in the case of antitank mines. And a computer-regulated hydrostatic drive assures optimal load and fuel consumption and prevents mechanical overloads of the parts and components. 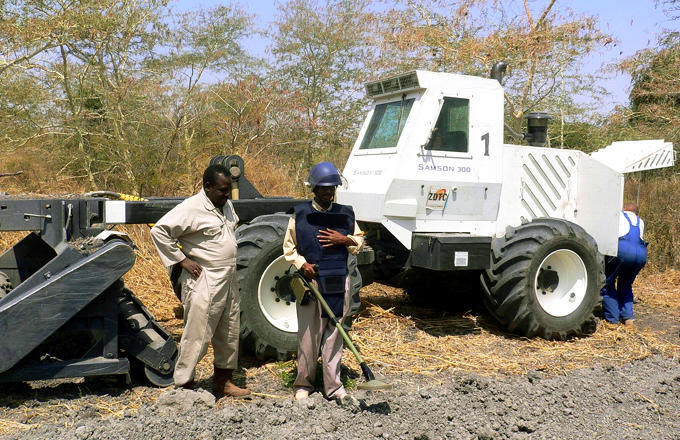 Great specific power on the rotor – provided by a single engine – as well as a high-coverage flail-strokes allows for vast clearance capacity. The Samson represents the best technology at a price which makes it a truly viable alternative in the struggle to rid the world of yesterday’s crippling decisions.